The periodic table of commodity returns 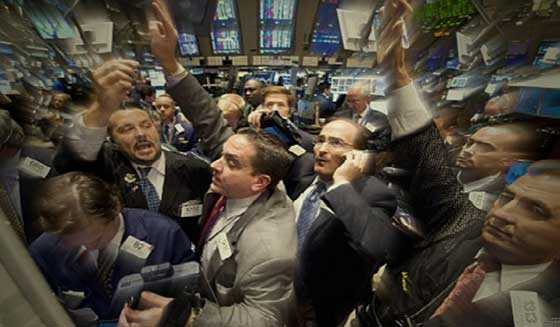 Global stocks sank to their lowest levels since 2013 on Wednesday, hit by yet another drop in oil prices and the IMF’s lower growth forecast for China, which is leading equity markets to one of their worst monthly performances ever.

Brent crude, the international energy benchmark, was trading this morning at $28.07 per barrel, the lowest price in 13 years.

Prices for copper, often viewed as a barometer of global economic growth, dropped along with oil, driving falls of 4.2% and 3.9% respectively in the basic resources and energy sectors.

The MSCI World equity index lost 1.3%, hitting its lowest level in two and a half years. So far this month, the index has fallen 9.9%, which would make it the worst month since 2009.

Mining companies continue to suffer. Shares in world number one BHP Billiton (ASX:BHP) fell 4.6% Tuesday after hours in New York. The value of the Melbourne-based company, which relies heavily on oil and iron ore, the worst performing commodities in the past year, has been cut in more than half (55% to be exact) over the last year for a market capitalization of $51.3 billion.

That’s five times below its highest market value of more than $270 billion in 2011 when it briefly became the fifth most valuable publicly traded company in the world, ahead of giants like Chevron and Microsoft.

The world’s second largest miner based on revenue Rio Tinto (NYSE:RIO) which relies on copper and iron for nearly 80% of its earnings dropped as much as 2.9% after hours and was falling again Wednesday morning close to lows hit during the height of the global financial crisis.

American Depositary Receipts of Vale (NYSE:VALE) trading in New York declined 5.1% after hours, but were trading a 0.4% higher on Wednesday. Shares in the Brazilian company, however, are 29% down so far this year. Rio de Janeiro-based company is the world’s number one producer of iron ore, ahead of Rio and BHP and also holds the top spot for nickel output.

Almost £50 billion (US$71bn) has been wiped off Britain’s leading companies today, with the FTSE off by more than 3%.

London-trade shares of BHP (LON:BLT) were hit hard as well, dropping 6%. Rio Tinto was down 3.2%