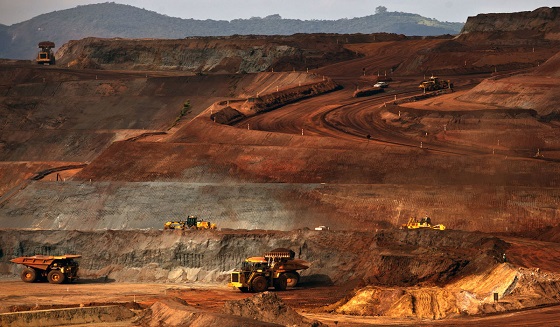 After four-plus years of declines, 2016 was a comeback year for natural resources and the oil and mining industries – with only a couple of exceptions, energy, metal and mineral prices rallied last year.

According to a new report by private capital tracker Preqin, the improving conditions of last year did not filter through to all sectors.

Overall fundraising for natural resources investment actually declined declined by a fifth in 2016 to the lowest since 2012.

Coming off a record 2015, 70 funds raised a total of $58bn for investment in natural resources in 2016 (a figure that could go higher as more information becomes available says Preqin).

But mining and metals enjoyed a much better year. In 2015 mining and metals made up a paltry 0.6% of funds raised with just two funds closing on $400 million in 2015. Last year five funds managed to raise $2.1 billion.

That’s still small beer compared to the money going into oil and gas however. Of the top 10 largest natural resources funds that reached a final close in 2016, all 10 are focused on energy-related assets, and all but one focus on projects in the US.

Together, these 10 funds alone raised $38bn, two-thirds of all natural resources capital raised through the year according to the report. So called dry powder – money ready to be invested – for natural resources now total $173 billion. Dry powder destined for mining stood at around $7 billion last year.

In 2017, across natural resources 250 funds are look to raise just under $120 billion. Of those only 13 are primarily focused on metals and mining and are hoping to raise $10bn (although some of $2.9bn for diversified funds could go into mining). The biggest mining-focused fund is China’s Power Capital which is seeking $3bn to invest in Asia. Diversified US-based Energy and Minerals Group is looking for $4 billion.

Tom Carr, Preqin’s head of real assets products, says there is more diversity present among those funds that are currently in market: “In particular, large vehicles focused on
mining and agriculture may see these sectors account for a greater proportion of activity than in 2016.”

A total of $602bn were raised by 1,228 funds across all strategies and sectors in 2016 according to Preqin data.