These are the world’s 40 biggest mining companies 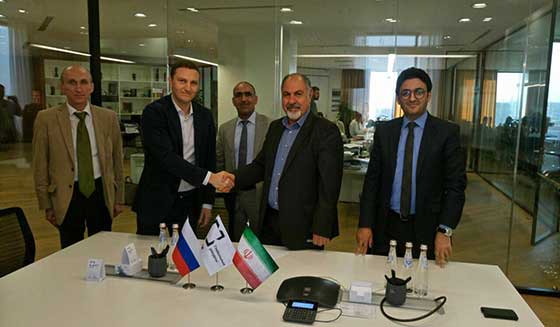 Signing a memorandum of cooperation between Zarrin industrial and mining group and Russians technology group (Rostec) regarding Mahdiabad mine.

Memorandum of cooperation regarding Yazd Mahdiabad Mine, to participate in the international tender and other economic interests between Zarrin industrial and mining group and Rostec was signed.

It was decided in this memorandum, parties regard to the possibility of joint venture, also check out the Technical, Mining and Geology to start joint cooperation.

Mine consortium led by Zarrin industrial and mining group, consists of 35 investment companies, industrial, mining and research recently participated in  Mahdiabad mine tender and points in pre-evaluated.

Now presence of Russia  largest industrial and economic company, possibility has emerged that the operation of the mine can be appropriately carried out.

The memorandum was signed by Mr. Ebrahim Jamili and Rodion Svkrvschak.

The two sides pledged to quickly prepare necessary documents in this regard and held each other.

The memorandum also established, the feasibility of the Iranian team to do the necessary agreements for development projects.