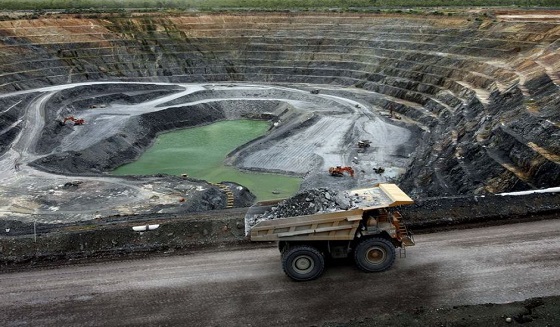 With a more than 75% price jump over the year, zinc is the best performing major metal throughout the mineral commodities market.

There are two main factors behind this remarkable zinc price performance.

First, despite the fact that China’s economy is slowing its pace zinc demand keeps growing, especially in Asia. China remains the main player on the market contributing approximately 50% of global zinc consumption. Surprisingly, both the US and European Union have also seen growth in zinc demand. According to Wood Mackenzie, global zinc demand saw growth of 3.2% in 2015 against 0.9% in 2014.

Second, from the supply side, the zinc industry has recently witnessed closure of two major mines, Century and Lisheen; both were old-time members of the “Top 10 zinc mines” club. These closures took away about 0.6 million tonnes of mined metal from the market, which was followed by production cuts by a few other major miners, including Nyrstar’s suspension of Myra Falls, Campo Morado and several of Tennessee’s zinc mines. Moreover, a number of smaller zinc mines in China are being closed due to environmental concerns.

In addition to multiple closures and suspensions of existing mines, the majority of new zinc projects currently under development are relatively small in scale, generating limited ability for new mine capacity to fill the supply gap.

All these factors have contributed to an imbalance where zinc demand is expected to increase at a higher rate than supply growth, keeping the market in deficit and, as such, pushing upward pressure on zinc prices.

According to Wood Mackenzie, research that was released a couple of years ago successfully predicted zinc prices to spike in 2015-2016 (see chart below); this trend will continue in mid-future as well.

Supply to fill this deficit is expected to arise from expansions at existing operations, ramp-up in production from mines that have recently come on stream and output from a few new smaller projects. Crucial for the direction of the zinc price is the development activity from zinc’s top producers.

The following analysis covers those producing zinc operations (mines, mine complexes) throughout the world that are separate reporting units and which have recent mined zinc figures disclosed by the owners/operators.

Teck Resources’ Red Dog mine is the world’s largest zinc mine located about 170 kilometers north of the Arctic Circle in northwest Alaska, near Kotzebue. The mine site is accessible only by air or barge during the summer. Red Dog is an open-pit truck-and-loader operation, using conventional drill and blast mining methods. Concentrates produced at Red Dog are shipped to Teck’s metallurgical facilities in Trail, British Columbia, and to customers in Asia and Europe. Red Dog has the highest grades of zinc in reserves among top zinc producers.

Vedanta’s Rampura Agucha mine located in India is the second largest zinc mine and one of the biggest open-pit mines in the world, with high zinc-lead reserve grades averaging 14.1%. Rampura Agucha has been the longtime leader in mined zinc production worldwide, but lost its first position to Red Dog mine in 2015 due to gradual transition from open-pit to underground mining method.

Mount Isa mine, Australia, is the largest source of zinc in concentrate of all Glencore’s zinc mining businesses and third biggest mine worldwide. It is believed to have the largest resource base for zinc in the world. Both open-pit and underground mining methods are being utilized at Mount Isa.

Glencore’s McArthur River mine jumped to the fourth place in this ranking, thanks to the closure of another Australia’s Century zinc mine in 2015. Output of zinc here rose 21% in 2015 boosted by the recently implemented phase 3 development project. At full capacity, McArthur River mine will produce 383kt of zinc, 93kt of lead and 110t of silver in concentrate annually.

Antamina mine, Peru, operated by the consortium of leading mining companies, including BHP Billiton, Glencore and Teck, is the fifth biggest zinc producer. Antamina is one of the largest copper mines worldwide, being also a major producer of zinc, silver, lead and molybdenum.

Votorantim’s Cerro Lindo polymetallic mine is the sixth biggest producer of zinc and the largest underground mine in Peru.

Goldcorp’s Penasquito is actually Mexico’s largest gold mine and seventh biggest zinc producer in the world as well, with zinc being recovered as a by-product of gold operations.

Boliden’s Tara underground mine is Europe’s largest zinc mine and world’s eighth biggest producer of zinc. In recent years, Boliden has focused on improving Tara’s cost position, measured as cash cost, through investments designed to boost productivity and saving measures.

Another Boliden mine, Garpenberg – located in Hedemora municipality, Sweden – is ninth in our ranking. It is Sweden’s oldest mining area that is still in operation. Recent industry-leading technological development project has enabled an expansion of the Garpenberg mine, from 1.4 million tonnes of ore per year to 2.5 million tonnes. This revamping has made Garpenberg one of the world’s most cost-effective and modern mines.

MMG’s Rosebery mine closes the list of top 10 zinc mines. This underground polymetallic base metal mine is located in the township of Rosebery in Tasmania. It has operated continuously since 1936 with a relatively short remaining mine life, projected up to 2023.