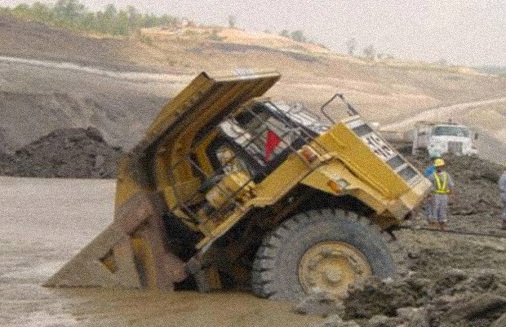 Already high bankruptcy and default rates in mining & metals and oil & gas will only accelerate this year and the prolonged downturn in commodities will increasingly spill over into other sectors.

So says Moody’s Investors Service in a new report which forecasts global speculative-grade (sometimes called junk) default rates will continue to rise this year, to reach 5% in November due to continued stress in the commodity sectors. Thereafter, it will stabilize in the range of 4.5%-5.0% through April 2017 says the ratings agency.

“We expect the oil price slump to continue to place upward pressure on corporate defaults,” said Sharon Ou, a Moody’s Vice President and Senior Credit Officer. “Nonetheless, high-yield spreads have tightened noticeably in the past two months, signalling that the default rate could taper off next year.”

In January, Moody’s embarked on a sector-wide review of the 87 global mining majors that it covers including entities such as Chile’s Codelco, Kazakhstan’s Kazatomprom, Russia’s Alrosa and China’s Minmetals which enjoy the financial backing of the state.

By the end of the April 34 companies had their debt ratings axed including marquee names like Rio Tinto, BHP Billiton (down two notches), Goldcorp and Codelco. A number also lost their investment grade rating for the first time such as Anglo American and Vale, both down three notches. Vale Canada were cut deep into junk territory after being downgraded a full five notches in February.

Only 19 have retained an investment grading. Of the 23 remaining companies under review a number are in the so-called crossover zone between investment grade and junk status.

Already 46 defaults were recorded in the first four months of 2016, 17 more than January through April last year. Of these 18 of these in the oil and gas sector and nine in metals and mining, most notably Peabody Energy, the world’s largest listed coal miner which declared bankruptcy on $3.7 billion of loans and bonds in April.

2015  saw close to a doubling of companies defaulting on corporate bonds or loans compared to 2014 with the total jumping to $97.9 billion. Oil & accounted for 32% of all defaults and metals & mining around 14%, the second biggest contributor among non-financial sectors.

The default rate among all issuers in mining and metals at the height of the global financial crisis in 2009 was 9.4%, which incidentally was followed by a zero defaults during the following two years.