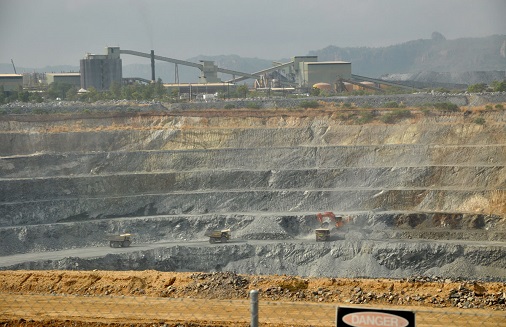 Trevali Mining (TSE: TV) jumped 5.1% on Tuesday after the company announced expansion of high-grade silver-lead-zinc mineralization at the Magistral North and Oyon Zones at its Santander zinc mine in Peru.

In lunchtime trade on the Toronto Stock Exchange the Vancouver-based mid-tier producer was trading at its highs for the day amid a generally weak day for mining stocks. Around 1 million shares in the $312 million company exchanged hands bringing the share’s gains just over the past two weeks to a whopping 43.8%

It’s been a busy July for the company. Last week Trevali raised the 2016 zinc output guidance at 100%-owned Santander, in production since early 2014, following record output in the second quarter.

Second-quarter recoveries averaged 89% for zinc, 87% for lead and 73% for silver, while mill throughput for the quarter was 219,086 mt, surpassing the prior record of 209,188 mt set in Q1.both surface and underground development programs at Caribou continue to advance and the project status remains on schedule for start-up commissioning in the first half of 2015. Santander was developed with Glencore and the Swiss giant acts as contract miner and mill operator. Glencore has a life-of-mine concentrate offtake agreement.

Trevali’s 100%-owned Caribou zinc-lead-copper-silver-gold mine in New Brunswick, Canada achieved commercial production earlier in July and is forecast to produce roughly 37 million to 41 million pounds of zinc, 14 million to 15 million pounds lead and 380,000-420,000 ounces of silver through the end of this year.

In  a recent research note Haywood Securities were bullish on the prospects of the company. The Vancouver-based investment dealer said with zinc production from two mines expected to ramp-up to +170 million pounds per year by around 2019, the company “is poised to become a (the) marquee mid-tier pure-play zinc producer in a market facing a significant medium-term supply issue. Hence, we would not be surprised to see the Company garner a premium market valuation on the back of higher zinc pricing.”

Zinc is the best performing base metal in 2016 with a 39% rise in price this year on the back of major mine closures like Lisheen in Ireland and Century in Australia and suspension of some production at Glencore and Nyrstar. Analysts expects limited upside to today’s price of $1.02 a pound (around $2,250 a tonne on the LME), the highest since May 2015, as suspended production could return to the market at these levels.